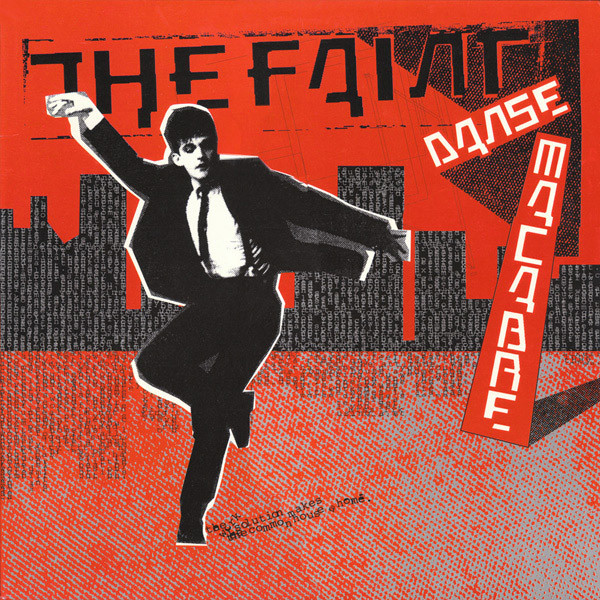 The menacing bass rumble on the opener ‘Agenda Suicide’ is the first hint that The Faint aren’t looking to just make sexed up electroclash. The pacing and rhythm come straight from the post-punk stables of Gang of Four, as do the angular guitars, reggae influences and lyrics about the collapse of the body politic.

That doesn’t mean the record isn’t eminently danceable; the band know how to write hooks, and Danse Macabre is full of them. Album highlight ‘The Conductor’ opens with a dour piano-driven intro, but quickly drops it in favour of a rousing keyboard riff that’s pure ‘90s Euro-disco. “Glass Danse”’s drum machines maintain a steady, pulsating beat as the keyboards squelch and scree. The high-pitched synthesizer whine on ‘Posed to Death’ and ‘Your Retro Career Melted’ could have come out of a Kraftwerk record or G-funk era Dr. Dre.

While it’s their most successful release, you still can’t help but wonder if it came out before its time. By 2005 LCD Soundsystem and The Rapture would be getting critical plaudits with a sound based on the same core ingredients. By the end of the decade, Justice, Crystal Castles and others would get big by making discordant synthpunk that sounded very much like this.