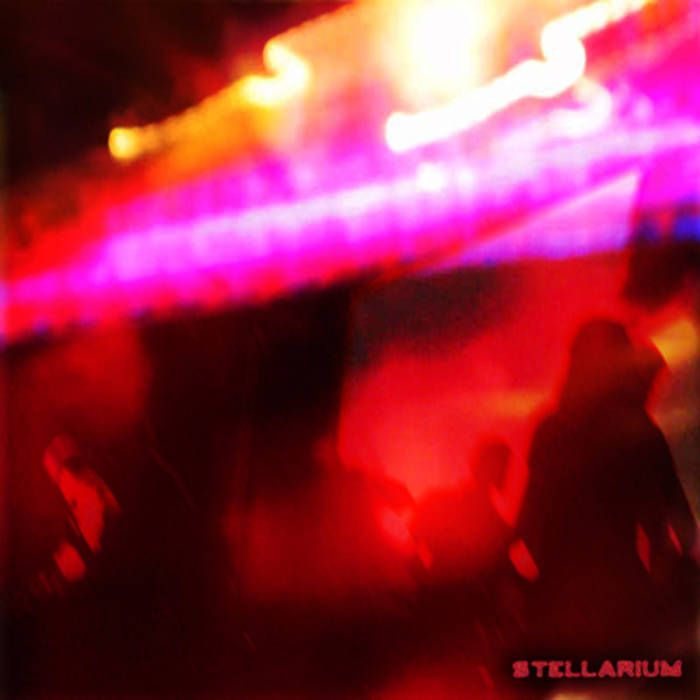 Starting off with the crushingly heavy roar of “Any Day is Fine”, Stellarium make sure you know from the off that this isn’t your granddaddy’s noise pop band.

Indulge me for a moment as I paint the noise pop genre with an enormously broad brush. Let’s assume that its sonic palette can be pigeonholed into either Psychocandy-style jangly retro pop fuzz, or the darker no-wave Sonic Youth nihilism. There’s plenty to choose from if you prefer the sound of the former; you can take your pick from anything Black Tambourine put out, the Raveonettes’ Chain Gang of Love, or Ceremony’s first few records.

But what if the ‘60s girl group wall-of-sound pop doesn’t do it for you? You want the fuzz, but you’d like to swap out the ‘50s rockabilly sweetness for something a bit more dystopian and leather-clad. After all, your motorcycle gang wouldn’t be settling scores with dance-offs, they’d be trafficking narcotics and lighting up territorial rivals in a zero-sum Hobbesian hellscape.

Enter Singapore’s Stellarium. First impressions: an almost overwhelming amount of feedback and guitar squall, particularly on tracks like “Paddle Pop”, whose outro sounds like “Beat City” thrown in with the interlude of “You Made Me Realize”. In interviews, the band have a healthy sense of humour regarding their influences, which unsurprisingly include A Place to Bury Strangers, Skywave and Sonic Youth.

Starting off with the crushingly heavy roar of “Any Day is Fine”, Stellarium make sure  you know from the off that this isn’t your granddaddy’s noise pop band. The powerful rumble of the drums on “Chocolate and Strawberry” are underpinned by guitars churning out a rollicking garage-rock rhythm with a heavily distorted bassline.

“Tomorrow’s Monday” eases off the accelerator, but only briefly; it’s recognizable as the only track that doesn’t start out with fuzzed-out guitar blasts intent on kicking your ass. The gentle, reverbed guitars pulse with a ghostly distant feel, as if recovering from a drug binge from the night before. Halfway through however, the distortion amps up to lead into “Fader”, whose propulsive riffs mix nicely with Vandelles-style surf licks and Oliver Ackermann-style pedal abuse frenzy.

“Dead Nebula” is an 8-minute epic that starts out with Swervedriver-style wah-pedal atmospherics, but switches gears halfway through and launches into a massive, unholy racket of amplifier feedback chaos. The final track “Summer Bloodbath” starts after what seems like an interminable “silent interlude” (seriously, who thinks this is a good idea anymore?). It’s a decent closer, mixing a thick vein of distortion and fuzzed out post-rock melody, echoed vocals and a backing track of skittering electronic beats reminiscent of Adore-era Smashing Pumpkins.

As their interviews indicate, Stellarium are clearly fans of noise pop revival groups like Skywave and the like, as several unique elements are faithfully reproduced here, to great effect. Unlike groups like The Lost Rivers, who are still getting to grips with the sound, Stellarium have a clear vision on how to  develop a colder, harsher sonic palette, and manage to do so with aplomb.

This is selfish to admit, but part of me is glad that these guys flew under the radar. On one hand, you feel an impulse to contact the band directly to let them know how they could improve their social media presence and enhance their discoverability. But the sonic blueprint they’ve created here is so distinctive that you’re  fearful that a negative review on Pitchfork (or some other finger-wagging tastemaker that uses the word ‘derivative’ in every single review), might demoralize the band and force them to change their sound to conform more to the vision of the friendly, unthreatening wasteland of indie folk they quite likely prefer.

I’ve listened to Psychocandy and Synthstatic about a million times at this point. Yes, I want some variety, but not so much that I’m tempted to slink back to the familiar comforts of “Taste the Floor”. While there are records that attempt to cultivate an atmosphere of similarly aggressive bleakness (Alcian Blue’s early EPs come to mind), those efforts are too few and far in between for my liking. While the pace of Stellarium can seem to drag at some points (half the songs are over 5 minutes long, which is pushing it), the attitude and grit are mostly backed up with sheer power and intensity.

Definitely give this a listen.