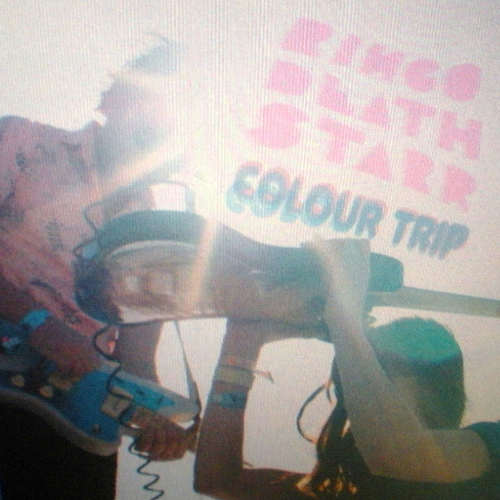 Colour Trip is a rough and tumble mashup of Psychocandy-style fuzz and the tremolo-laden crests and troughs of Loveless’ guitar waves. While bands like Skywave followed a similar sonic blueprint, their love of lo-fi garage and Joy Division added a noticeable post-punk edge to their sound.

Ringo Deathstarr however don’t take themselves too seriously and switch freely from the punky noise-pop of “Imagine Hearts” and “Do It Every Time” to the ethereal haze of “So High” and “Two Girls”. The latter was clearly influenced by Death in Vegas’ ‘Girls’, which appeared on Sofia Coppola’s own tribute to 80s/90s shoegaze and dreampop, the Lost in Translation soundtrack.

There’s far more variety here than on their debut EP; “Chloe” perfects the “waves crashing loudly in slow-motion” brand of shoegaze drone and punctuates it with a guitar solo pumping out the sort of high-decibel squall you’d expect to hear on a Swervedriver record. “Other Things” closes out the album with RD’s best impression of MBV’s “Cigarette in your Bed” with an ever so subtle nod to the trip hop/electronica sound of Air.