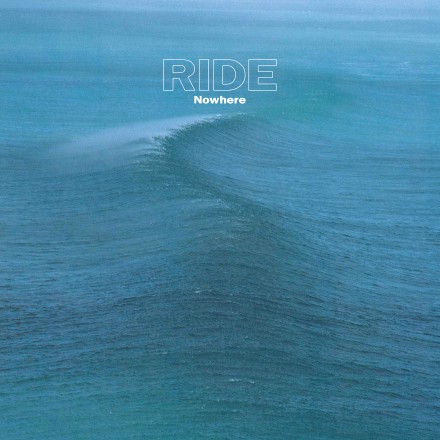 I’ll admit that I never gave Ride a proper chance. Their inexplicable “shoegaze” misnomer, which originated during the NME heyday of the early 90s has somehow persisted to modern day and it causes me no small amount of annoyance. At this point, I have to assume it’s because they were on Creation Records. There’s no other plausible reason for a band with more in common with House of Love or Stone Roses to be considered as stylistic contemporaries of others on the Creation roster like the Boo Radleys or early Jesus and Mary Chain.

OK yes, I am slightly OCD about genre classification, but shoegaze has a fairly specific sound and expanding the definition to include Ride doesn’t do the band any favours. As it stands, Nowhere is a pretty decent record if you enjoy the jangle-pop and dream pop melodies of the Smiths, early Primal Scream, Kitchens of Distinction and the like and don’t mind the odd blast of guitar distortion. “Seagull” isn’t too far removed from the slightly harder-rocking Byrds-esque ‘60s tribute of their self-titled series of 1989 EPs, while “Polar Bear” starts off with a very “How Soon is Now?” -ish oscillating riff. It’s really only on “Dreams Burn Down” that you hear anything approaching the guitar crunch of the noise pop or shoegaze of the era. Compare the upbeat, jangly melodies of something like “Kaleidoscope” with the Boo Radleys’ track of the same name on Ichabod & I(also released in 1990) – basically no comparison, with the Boo’s version simply awash with post-punk lo-fi distortion.

The original 8-song LP release on Creation ends with Vapour Trail, all too often identified as a ‘gazer anthem when it’s nothing of the sort. If anything, it pioneered the guitar/strings/keyboards combination used to terrible effect in a thousand sappy alt-rock ballads that would infest the coming decade. The CD release of the album saves it somewhat by adding 3 tracks, which include the swirling, moody, dark as hell title track “Nowhere”. It was this same epic style of distorted, elongated guitar jams they’d employ to maximum effect on future crushers like “Grasshopper” and “Leave Them All Behind”. For such a powerfully evocative title track, it feels bizarrely out of place on such a gentle, melodic record.

Psychocandy was shoegaze. Isn’t Anything was shoegaze. Ride are merely good at mixing Byrds/Beatles-esque melodies with somewhat loud, sometimes distorted guitars. They did this well on the flurry of EPs released just before this record. See ‘Drive Blind’ and ‘Like a Daydream’ for reference purposes. When it came to proper reverse-reverb-and-behind the bridge distortion shoegaze, however, Ride simply cannot fuck with the actual greats of the genre. They probably never even intended to.