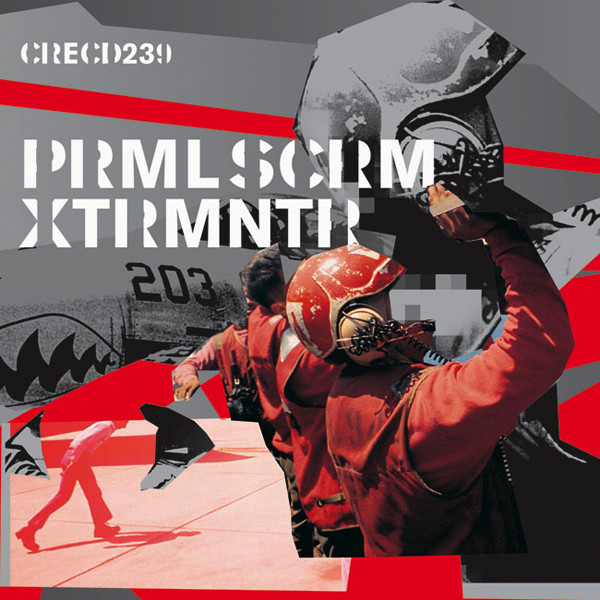 At various points in the past 30 years, Primal Scream founder and perma-member Bobby Gillespie has tried his hand at raucous noise pop, downtempo hippie rock and deep-fried country blues. In my opinion though, the ‘Scream as a band has never been more exciting or dangerous than during the brief period between 1997-2002 when they went all in on electro-rock, swerving between the experimental dub of Vanishing Point, the electronic assault of XTRMNTR and the MC5-powered garage rock rush of Evil Heat.

XTRMNTR is the middle child of this era. Released in 2000, it wasn’t clear where exactly it would fit in the UK chart landscape. “Big Beat” techno had come and gone; the appeal of Britpop was fading in the wake of OK Computer and Mezzanine.

But where those records were Trojan Horses, turning the industry on its head in the dead of night, XTRMNTR hits you like a ballistic missile, razing all before it with nearly an hour of cacophonous, danceable and political techno-punk. It runs out of ideas towards the end, but the record cuts off just in time.

Seemingly stretching the realms of all possibility, all 3 singles released for this record managed to break into the Top 40.

Opener ‘Kill All Hippies” reached #24, mixing ‘60s spy movie themes with a growling bass that would make Rage Against the Machine proud.

“Swastika Eyes” hit #22 with its lyrics about unchecked military imperialism and hard-hitting breakbeats courtesy of the Chemical Brothers. But the true barn-burner would be the single coming in at a lowly #34.

Featuring guest guitarist Kevin Shields of shoegaze icons My Bloody Valentine (once labelmates with the ‘Scream on Creation), you might think “Accelerator” would be an art-rock piece, but you’d be very wrong.

Bursting out of the gates with an eardrum-crushing blast of distortion, the track pushes every VU needle in a 10-mile blast radius deep into the red. Shields isn’t reworking the MBV sound so much as mutilating it to create a screaming firestorm of guitar noise that lines up perfectly with Gillespie’s simplistic, but perfectly effective adrenaline-fueled vocals. This would also be the very last single to be released by Creation Records, which went out of business shortly after.

A couple of other tracks do well to match the intensity of the album’s opening salvo. “Exterminator” is a hip-hop track spiked with menacing electro-industrial samples. The apocalyptic closer “Shoot Speed/Kill Light” has Gillespie yelling the title in the chorus, struggling to be heard beneath a tsunami of overdriven guitars (another guest spot, this time by New Order’s Bernard Sumner).

The soaring ’80s synth melody of “Keep your dreams” feels like a retread of Suicide‘s “Dream Baby Dream”; it’s a decent downtempo track despite Gillespie’s corny lyrics about never selling out. And to be fair, that’s a statement that’s hard to refute seeing as how it’s followed by the acid jazz instrumentals “MBV Arkestra” and “Blood Money”.

A good bit of the album feels ahead of its time, although that wasn’t apparent back in 2000. Kasabian certainly helped themselves to the sonic blueprints laid out here. The lyrical themes and art style invite unflattering comparisons to Rage Against the Machine-style heavy-handedness. But in a post 9/11 world they feel perfectly situated, and one wonders why no protest-rock movement formed in its aftermath.

Am I looking too seriously into this? After all, this record does feature some regrettable missteps such as Gillespie’s rapping on “Pills” and “Insect Royalty”, which mar some truly exceptional beats. Perhaps the new crop of indie rockers in the ‘00s realized techno-rock had its limits and decided to stick to the relative safety of exhuming ‘70s garage and punk.

P.P.S: This is a re-write of my original review, which was posted to Epinions in 2005. That site went kaput, but a copy of the original still lives on Sputnikmusic.