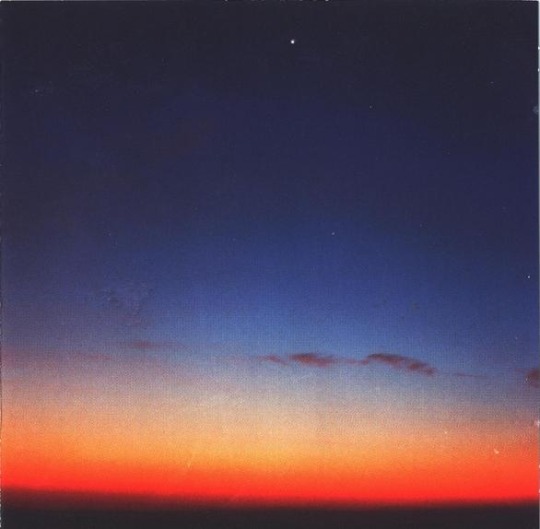 Bursting at the seams with the sort of wiry, lo-fi feedback that only a shitty 4-track TASCAM can produce, this is space rock with soul, pensiveness and intensity.

“Pastoral psychedelia”, was how Bristol-based Flying Saucer Attack described its sound. In layman’s terms, that means folk-inflected space rock covered in sheets of shrieking feedback and cavernous echo. Released on the appropriately titled VHF Records, FSA feels like a sister album to Bailter Space’s Robot World (also from 1993). While RW was a nervy soundtrack for a dystopian future ruled by technology, FSA captures the introspective solitude of late night stargazing, with guitarist Dave Pearce’s BOSS DS-1 pedal deep frying those melodies in distortion.

FSA’s key influences are Nick Drake and Syd Barrett, which are noticeable both by the hymn-like hushed vocals across the tracks, and the slow-building Krautrock rhythms of tracks like Popol Vuh 2. Album closer “The Season is Ours” features the type of gothic country guitar notes that pop up across Johnny Greenwood’s pre-Kid A Radiohead work and Rowland S Howard’s solo material.

But take the rural atmospherics out of it and this begins to sound like a slightly less upbeat Psychocandy. “My Dreaming Hill” and “A Silent Tide” are bursting at the seams with the sort of wiry, lo-fi feedback that only a shitty 4-track TASCAM can produce. “Make Me Dream”  suffocates its semi-acoustic folk melodies under waves of buzzsaw guitars, while “Wish” starts off with the moody guitar noodling of something off of OK Computer but drives up the distortion almost immediately, with a solo towards the end that’s completely blanketed in amplifier feedback.

Psychedelia is a much better fit for capturing the expansive vision of a group like FSA, and certainly much more than what a derisive media-appointed tag like “shoegaze” could have offered. Take the instrumental interlude “Moonset”: ominous tribal drums are combined with a distorted viola-like melody deep in the background, as if the ghost of John Cale (pretty sure he was dead by ’93 but I’m not going to check) joined the recording sessions to add a little Venus in Furs/We Will Fall-type flavour to the proceedings.

Aside from the dream pop of AR Kane, it’s not clear if FSA even listened to records associated with shoegaze. This is space rock with the soul, pensiveness and intensity of an actual rock record. Nowhere is that more apparent than on the abrasively fuzzed-out cover of “The Drowners”, by NME glam rock darlings Suede. The record is worth listening to for that track alone; the final buzzing riff crossfades into “Still”, which follows the melody as it is processed through delay pedals and amplifiers until it fades into a hushed silence. Brilliant.