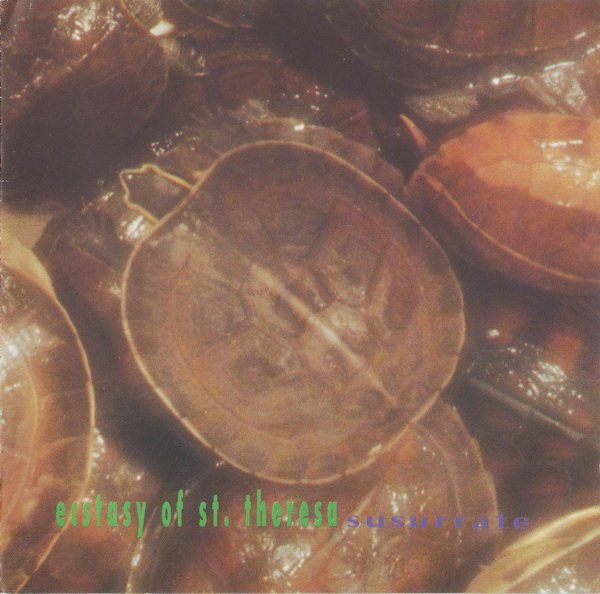 The Ecstasy of St Theresa

I’ll always have a soft spot for bands that were faithfully imitating the “Loveless” sonic formula back in the early 1990s. It was a simpler time when it wasn’t possible to get step-by-step instructions on Youtube for creating the “To Here Knows When” sound out of a cheaply assembled pedalboard. No, like the Lilys and Lovesliescrushing, you had to read through band interviews on NME and wear out your imported Creation Records tapes through multiple listens if you wanted to reverse-engineer the Kevin Shields sound. And even then, you were more likely to come out with a sound that reflected your own artistic direction and budget limitations.

Which makes it all the more impressive that a band from beyond the Iron Curtain (Czechoslovakia) was able to do so so masterfully while their country was splitting in two. Using borrowed Marshall amps from the Prague Music Centre, The Ecstasy of St Theresa put out a record of grinding noise epics that interspersed the bleak post-punk of early Swans with the upbeat noise-pop of early MBV EPs and their own Pigment EP. The fantastic closer “Absinth” is a sublime example of this mashup, while the gothic-tinged ballads like “Swoony” and “Seven” have a doomed glamor that is one part Sonic Youth and two parts Children of God-era Swans.

“Pistachio Places”, “Ice Cream Star” and “Sweet Abyss” are all coated in a lo-fi noise rock aesthetic that makes me think of Skullflower, but the music is all twee noise pop. While it’s hard to pinpoint exactly how much MBV the group were familiar with, I think it’s safe to say that “Thorn in Y’r Grip” is probably the best punk version of “When You Sleep” that has ever been attempted.