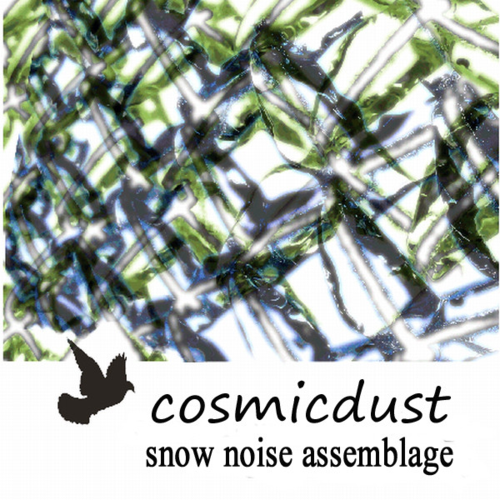 As shoegaze purveyors are all too aware, it’s not easy to differentiate oneself from the pack. Either you’re too good at delivering the pitch-perfect MBV haze of reverse-reverb, tremolo and delay [see Fleeting Joys] or your sound expropriates too much from the Jesus and Mary Chain with only marginal contributions in terms of originality [see A Place To Bury Strangers].

Occasionally though, a record comes along that strikes a remarkable balance between paying tribute to the masters while including just enough variety to not become tedious. Tokyo-based Cosmicdust manage to pull this off in fine style on its self-released debut, Snow Noise Assemblage. If I’m being honest, it wouldn’t even be particularly hubristic to say that this record meets every criterion for joining the pantheon of shoegaze greats.

With the Slowdive-influenced “Bird Cries”, they nail the soaring shoegaze epic in the same manner that “Black Metallic” or “Kick the Tragedy” did. There’s also a wealth of Lovesliescrushing-style formless, distortion-drenched noise soundscapes in “Mom and Pop Candy Store” and “Breath”. To keep things interesting, they switch gears rapidly into bright, summery noise pop on “Plastic Toy” and “Unsatisfied”. “Sunday” and “No Matter” pull heavily from the C86 school of twee pop mixed with the heavy guitar crunch of Isn’t Anything-era My Bloody Valentine.

It’s a really well-paced record, with the distortion roar of the shoegaze tracks nicely balanced by the catchy, rapid-fire noise pop tracks. The fact that “Bird Cries” originally made the rounds on file-sharing networks as “unreleased MBV demo” just adds to the legend. And it’s one that persists, as SNA is an obscure, self-released record by a band that’s never played live.

Besides A follow-up EP in 2008 (Enjoy Everything) nothing has been heard from the band since. And despite the numerous prior references to the band as “they”, I should also disclose that Cosmicdust is a one-man band; nobody knows his name, only that he’s referred to as “Y.A.F”, which I will assume is not a Japanese derivation of Young Money Cash Money Billionaires. Truly, the aural Amelia Earhart of our time.