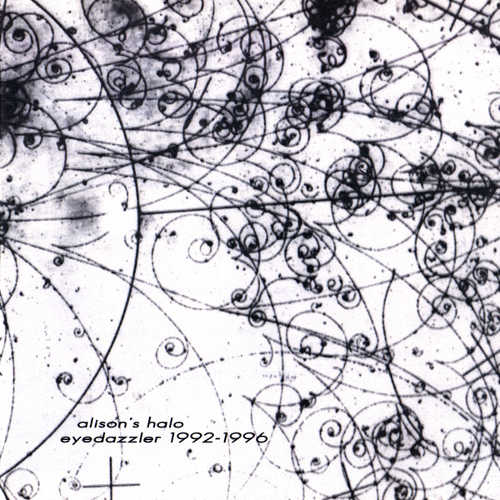 Alison’s Halo was part of a short-lived bliss-rock scene in early ‘90s Arizona that included gothic shoegaze auteurs Lovesliescrushing. Where LLC leaned towards the abstract guitar soundscapes of My Bloody Valentine, AH’s closest cross-Atlantic counterpart would probably be Slowdive. Fronted by the husband-wife team of Adam and Catherine Cooper, AH’s songs featured wispy female vocals and giant, billowing clouds of guitar haze, creating an atmosphere of melancholy, loss and longing.

There’s a sepia-tinged nostalgia in their tracks that’s reminiscent of The Cure and Cocteau Twins, especially on the sweeping “Slow Bleed” and “Always April”. That said, there’s significantly more guitar crunch and hiss here than what you might expect on a record that leans more towards dream pop than shoegaze. While this is the band’s only official release, it’s not a full album so much as a CD compilation of their recorded work that was mostly released independently on cassette. The 10 studio tracks are augmented with live recordings of non-album tracks “Strand of Paul” and “Dozen”, performed at the Beautiful Noise festival in 1995.

While Eyedazzler wasn’t a momentous album by any means, it’s still unfortunate that the band disappeared into obscurity where American counterparts Drop Nineteens flirted with indie stardom on Caroline Records, however briefly that might have been. The crunchy guitars of “Wishes” and “Chime” deserved at least a shot at the singles charts.

After the band dissolved, Adam Cooper spent a few years as an illustrator of guitar equipment setups; his work could be seen on the now-defunct GuitarGeek.com website; he would draw detailed diagrams of setups as complex as Kevin Shields’ maze of pedals used on Loveless. Unfortunately, the site shut down, and only some of those diagrams exist on various archive sites. Here’s his illustration of MBV guitarist Bilinda Butcher’s setup.

Most American shoegaze acts active in those days didn’t tweak the British shoegaze blueprint beyond subtracting subtlety and adding a healthy dose of Sonic Youth and Dinosaur Jr; I’m looking at you, Swirlies and Medicine. It’s not a bad thing at all, but it does make Alison’s Halo’s efforts to put the ethereality back into the genre more refreshing to hear.