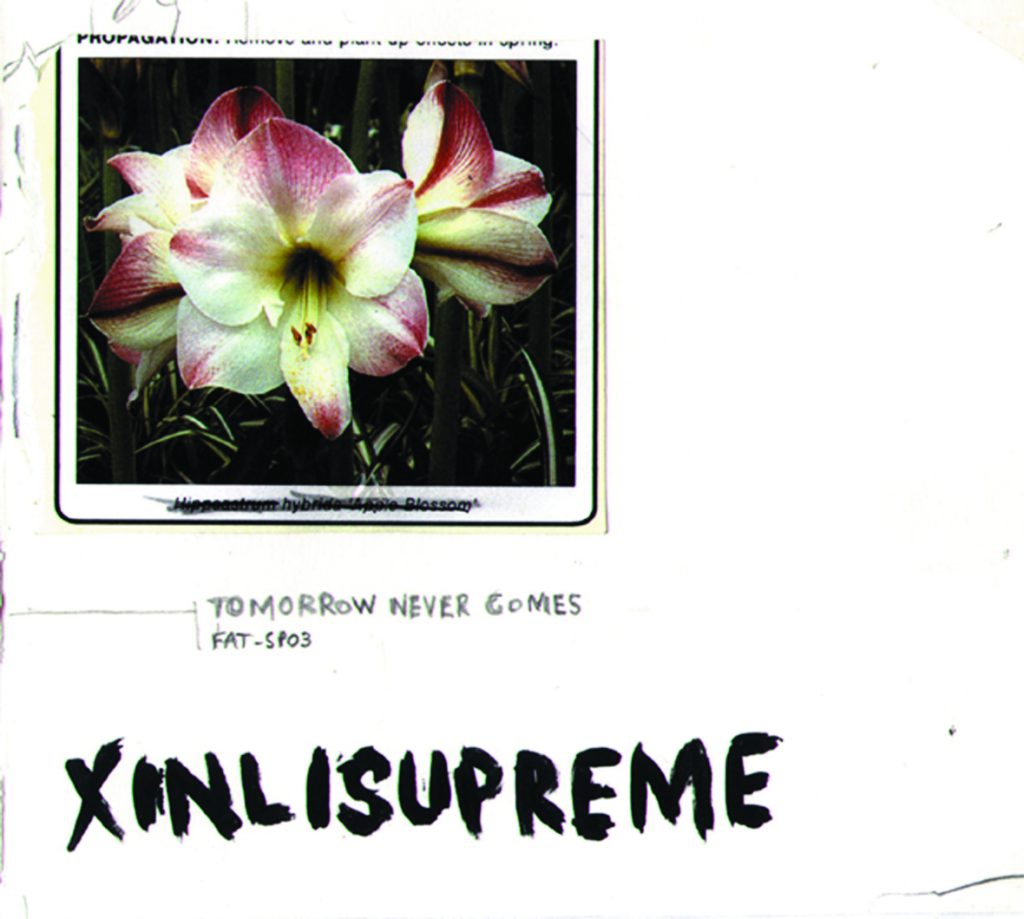 I’m iffy about reviewing records that aren’t strictly “shoegaze/noise pop”, but I think it’s important to highlight records that adopt the floating, tremolo-bending soundscapes we’re all fond of and implement it in a different genre. Japan’s Xinlisupreme meld punk, post-rock, and ambient electronic into a cacophonic 12-track ode to uncompromisingly anti-commercial dissonance.

The chainsaw punk of opener “Kyoro” has catchy surf/garage riffs, while “I Drew a Picture of Myself” is 4 minutes of Metal Machine Music style multi-layered amplifier feedback with barely any structure. Like MMM, it’ll sound good to distortion junkies for the first couple of minutes and that’s about it. “Goodbye for All” features Aphex Twin/Autechre influenced skittering breakbeats mixed with the noisy drone of Godspeed You! Black Emperor.

The one obvious shoegaze cut on the record is the mammoth “All You Need is Love was not True”; 8+ minutes of droning, distorted bliss, with an odd resemblance to Drop Nineteens’ “Kick The Tragedy” on 1992’s Delaware.

A third of the tracks on the record hit the 7-minute mark, making it easy to pigeonhole the record as “post-rock”, but those records tend to consist of lengthy tracks that blur together, save for the predictable slow build up to a annoyingly poignant emotional crescendo. And that wouldn’t be fair to Xinli, as their sound is far more adventurous, leaning more towards the dissonance of Merzbow and the general punk weirdness of the Boredoms. As a whole, it’s a bit of a mixed bag, but shoegaze fans should certainly check out the aforementioned AYNILWNT, a rare moment of tranquil beauty in an ocean of foreboding, cacophonous gloom.