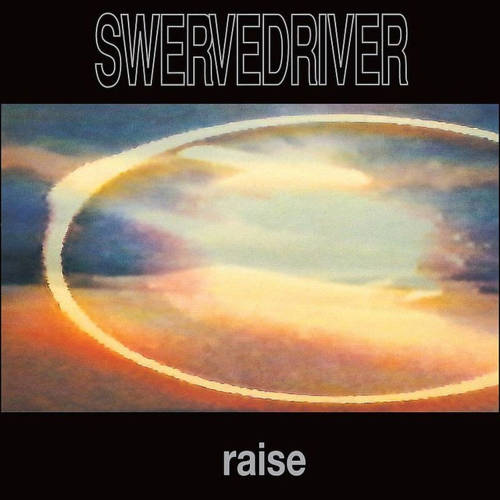 There was apparently some kind of unwritten rule in early ’90s music journalism decreeing that anything coming out of Creation Records with guitars and more than one effects pedal was to be labeled “shoegaze”; no exceptions. How else does one explain the ubiquity of Nowhere on basically every “best of shoegaze” list? Swervedriver was yet another solid band that had its records unfairly  misjudged and compared to My Bloody Valentine‘s on no other basis aside from their record label. Guitarist/vocalist Adam Franklin wore dreadlocks, for fuck’s sake; that’s about as un-shoegaze as it gets.

Take out the band name, car-obsessed track titles and lo-res lens flare on the album art and you’d still know that this is a record that’s much more indebted to American garage and punk rock than MBV or the JAMC. Those bothering to actually listen to the atonal guitar passages on “Sunset” for instance would pick up on the the Sonic Youth influence straight away. The fuzz-crunch of “Sci-Flyer”, “Son of a Mustang Ford”  and flanger-soaked solos on “Sandblasted” meanwhile, are pure Dinosaur Jr. worship.  The cavernous bass and tribal drums on “Lead Me Where You Dare” or “Pile-up” feel like it could have come off a Stooges record.

Of course, a special mention must go out to “Deep Seat”, a fantastic track that combines a love of Ride’s heavier moments (think “Drive Blind”) with Adam Franklin’s guitar heroics; the squalling guitar solo, deep fried in distortion isn’t unlike Billy Corgan’s handiwork on Siamese Dream, which of course wouldn’t come out for a couple more years. “Rave Down” is similarly solid, bristling with the lo-fi garage punk riffs of the Wipers, while maintaining the rock structures of Swervedriver’s key influences.

Even though Raise leans more towards garage and alternative rock than anything else coming out on Creation at the time, it’s obvious that their sound went on to influence several shoegazer-minded bands. Cheatahs’ 2014 self-titled debut is possibly the most straight-forward Swervedriver tribute out there. Skywave’s little known 1998 debut Took the Sun had the same combination of noisy, garage-minded riffs and Amusement Parks on Fire made no bones about welding together their wall of guitars with Swervedriver’s song structures.