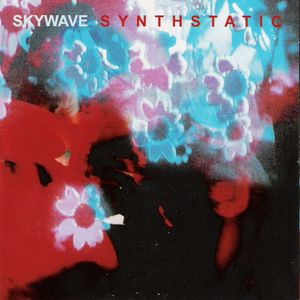 A remarkably ambitious release that manages to perfectly integrate the best elements of ‘50s rockabilly, funereal post-punk and distorted noise rock all at once

There hasn’t really ever been a band quite like the Jesus and Mary Chain. Since 1985, few bands if any have been able to replicate the filthy, noisy walls of fuzz generated on Psychocandy. As enamoured of the brothers Reid as Black Tambourine and Henry’s Dress were, they didn’t try to do much beyond adding layers of C86 twee over the lo-fi hiss of their amplifiers. Black Rebel Motorcycle Club drew similar comparisons, but really only from people that thought sunglasses + cigarettes + back to your audience = J A M C I N S P I R E D. Let’s face it, BRMC was always chasing the impossible dream of synthesizing Dandy Warhols’ swagger with the faux-gospel-shaman bullshit of Spiritualized.

Thank fuck then, that Skywave put out Synthstatic in 2003 and we could all get on with never being the same again. Their brand of noise isn’t designed to evoke gasps of awe from guitar obsessives, but rather to bludgeon them senseless with an onslaught of absurdly melodic cacophony. Cross Guitar Wolf with Les Rallizees Denudes, switch out the LSD for mephedrone, and there you have it.

There are moments in the album where you think the industrial-strength fuzz squall is too much but it’s not; it’s just right. “Angela’s an Angel” makes you realize (geddit?) that no one has even tried to do something this ferociously noisy within the confines of a rock song. Well, at least not anyone aside from Stellarium and the Cherry Wave but they came years after Skywave cleared a path.

Every song is treated like the soundtrack to a late night motorcycle ride ending in an alley knife fight; the atmosphere simply reeks of leather, cigarettes, whirlwind, heat and flash. The music however reads like a schizophrenic tragicomedy, veering recklessly from the drug addled lust for life in “Don’t Say Slow” to the mournful drone of “Nothing Left to Say”. Joyful melodies from ’60s girl groups are ruthlessly reworked into nitrous-fueled garage rock numbers like “Here She Comes” and “Wear This Dress”. The latter became such a fan favourite that guitarist Paul Baker would re-record a cover in 2015 with his new band, Static Daydream.

The unhinged and unmistakably American nature of Skywave’s tribute to Scottish noise pop makes it a perfect fit for the soundtrack for any of Gregg Araki’s “Teen Apocalypse” B-movie trilogy. On tracks like “Fire” and “I Believe”, the simultaneous embrace of Cure-esque gothic gloom and the Stooges’ drunken shuffle feels a lot more apropos when contrasted with Araki’s actual picks like Coil and Slowdive.

The true genius of their sound is often hidden in tiny details that may take more than one listen to appreciate. On “Knife” for instance, the closing riff turns into a wind-tunnel roar while the rhythm guitars chime melodically atop the wall of sound. The final track “Kiss” might one of their very best, enveloping all before it with a shield of Joy Division-style numbness, impenetrable even by the waves of distortion cresting and troughing through a chain of reverb pedals.

Songwriting was never the band’s forte, nor should it have been. Their shows were too loud for the lyrics to ever be discernible, and selling self-released cassettes and CD-Rs in the late 1990s was not exactly the lucrative mass-market opportunity it is today. So in a way, it doesn’t quite matter that the glorious Bauhaus-worshipping gloom of “Over and Over” is marred only by guitarist Oliver Ackermann’s deadpan refrain of “Over and Over/Nothing Can Last Forever/Suicide Could be The Answer”. It’s rhetorical, not literal; it’s to make it really clear that they are tapping that ‘80s depressed post-punk vein like a smack-filled syringe.

Sadly, the record that would mark their ascension to the pantheon of gorgeously architected noise would also be their swan song. The band had already split up by the time this non-stop fuzz cabaret was eventually released. It’s not hard to understand why; Skywave’s sound and attitude were completely out of place in the late ‘90s and Fredericksburg, VA wasn’t exactly a shoegaze Mecca. They also broke up just before digital distribution began to open up the market for indie artists. Ironically, most people have only ever heard Skywave from downloading the MP3s ripped from the original (now out-of-print) CDs. To date, their only official release is the bare-bones Record Store Day 2016 vinyl compilation “Killerrockandroll”.

Synthstatic was a remarkably ambitious release that managed to perfectly integrate the best elements of ‘50s rockabilly melodies, funereal post-punk atmospheres, ethereal dreampop and distorted noise rock all at once. It is a cult classic that kick-started the shoegaze revival of the 2000s and influenced countless bands that followed.

PS – I forgot about Ecstasy of St Theresa, who created their own Swans-influenced noise racket. Including them in the review however would spoil the nicely flowing narrative I concocted, so I’ve omitted them. They are very noisy though