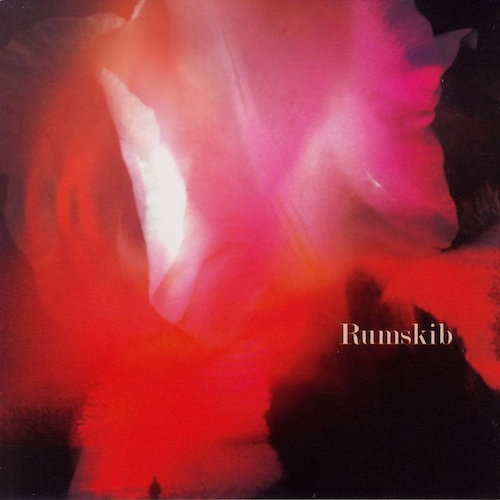 I should mention that airy dream pop really isn’t my thing. Slowdive are the one exception to this rule, and they’re a group that Denmark’s Rumskib are most clearly indebted to, although the influence of the Cocteau Twins looms large as well. Early similarities to Loveless go beyond the suitably amorphous album art, as opener “Hearts on Fire” blasts loud washes of meticulously distorted, tremolo-bending guitar notes over indecipherable Elizabeth Fraser-like vocals. “Springtime” is similarly fast-paced and upbeat.

The 12 tracks are peppered with delicate instrumental interludes like “Ferris Wheel Blackout”, “You’re my Japan” and closer “Love at First Sight”, all of which bring to mind the gossamer, cascading guitar lines of Robin Guthrie (Cocteau Twins) or Neil Halstead (Slowdive). “Sneak” is a definite highlight as well, expertly harnessing the more aggressive tempo of Curve into a bright, soaring chorus chock with the liquid-like melodies of Kitchens of Distinction.

Sadly, listening to the record feels like a chore more often than not as the softer, more ambient sound of the album tends to dominate, as on “Where are the Flowers” and “Think Eyes Away”; the self-referential “Dreampoppers Tribute” meanders on for nearly 7 minutes.

If you’re a fan of the Cocteau Twins side of the shoegaze / dreampop / noise spectrum, you’ll enjoy a lot of what’s on offer here. While I too like the bands influenced by the mighty CT like Lovesliescrushing, those bands are able to take the pretty (wordless, floaty vocals) and mix it with the ugly (roaring, squealing, acerbic 4-track recorder feedback) to create something greater than the sum of their parts. Rumskib hews too closely to the pretty but tepid beauty of the former without offering much else to look forward to.