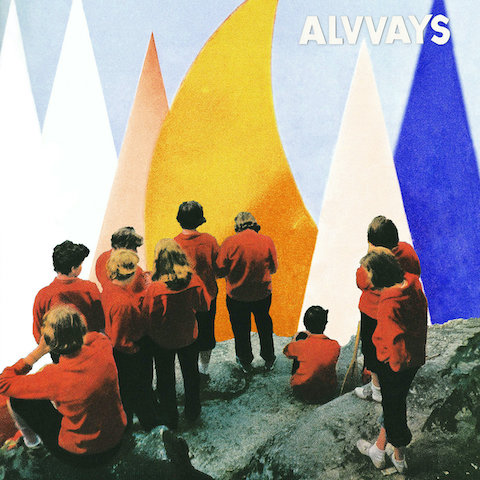 Some records demonstrate their full utility only when listened to while pensively staring out the window on a cold, rainy day. That is very much the case on Antisocialites, where Atlantic Canada’s Alvvays have packaged a solid collection of easy going, melancholic dream pop that isn’t too far removed from their self-titled 2014 debut.

On the opener “In Undertow”, the gentle crash of Molly Rankin’s guitar as she sings “What’s left for you and me / I ask that question rhetorically” pulls at the heartstrings while giving the song a nice noise pop twist. A haze of reverbed guitars sit back in the mix, with feedback amping up ever so slightly before a distorted guitar solo cuts through the chorus.

The second song and lead single “Dreams Tonite” is similar in style, a lilting ballad with slight keyboard flourishes and warm, jangly guitar notes. The vocals are pure Nico: stately, yet vulnerable, at the front of the mix, but feeling ghostly and faraway nonetheless. Where the vocals on Best Coast and Vivian Girls rarely feel like anything other than standard issue bedroom lo-fi, Rankin’s emotive yet mournful style gives the record a lot of atmosphere.

Fizzy effervescence is on the menu as well. The messy C86 power pop of ‘Your Type’ ups the tempo considerably, to where the band begins to sound a bit more like the Primitives. ‘Lollipop’ kicks off with a flurry of Moe Tucker drumming and amplifier feedback before a triumphantly jangly opening riff. The vocals are in an upbeat register as well, mimicking the poppier style of latter-day Lush.

Like a well-pollinated flower bed, Antisocialites is best when it produces songs that cut across multiple styles: twee and power pop generally dominate, but the soaring guitars and emotional heft of the lyrics give the album a feeling of lush drama as well. This is perfected on ‘Not My Baby’, a song about picking oneself up after a breakup that kicks off with the muffled growl of a motorcycle driving off. The Smiths-ian guitar riff is replicated with a wonderful string interlude halfway through the song, moments after Rankin sings “The night is like a fading radio / The lake was frozen over long ago” with a fantastic falsetto.

Antisocialites is one of those records where the singles click right away, but the quality of the entire album reveals itself across multiple listens. It should definitely be of interest to fans of ‘80s new wave (Pretenders, Go-Gos), and ‘90s indie labels Sarah Records (Heavenly) and Slumberland Records (Velocity Girl, Black Tambourine).